From a long-term perspective, infrastructure upgrades and renovations may be cost-effective in some cases, but is this the only solution?

Baskets Go Up, Then Fears Grow

In the second quarter of 2022, the average selling price of electricity in the competitive market was 471.96 PLN/MWh1. By comparison, in the same period of 2021, the sum was 255.99 PLN/MWh1. The difference is significant and felt not only by households and businesses, but also by public institutions such as medical facilities, schools, universities and prisons.

The government is trying to protect energy consumers by creating solidarity shields. For households, electricity prices in 2023 are to be frozen at this year’s level, but this rate will apply to consumption of up to two megawatt-hours.

Also for some entrepreneurs, the Government is planning assistance programs. According to the bill, entities whose operations are threatened by rising energy and gas costs will be able to count on support.

The Ministry of State Assets has prepared a solution that envisages the introduction of a maximum energy price also for so-called sensitive consumers, i.e. educational institutions, hospitals or NGOs, among others.  However, savings are not the only reason for leaning more towards reducing energy and heat consumption.

In Poland, the vast majority of electricity is generated in conventional power plants, that is, those powered by coal or lignite. According to the Polish Power Grid, in August of this year, only 14.32% of the energy generated came from renewable sources.

The market is increasingly forcing companies to calculate their so-called carbon footprint, i.e. the greenhouse gas emissions produced directly or indirectly by a person, organization, event or product. The carbon footprint is increasingly viewed through the lens of corporate responsibility, as a socially responsible company should also do everything possible to reduce the negative environmental effects of its operations.

What Action Should be Taken?

At the household level, many measures can be taken to reduce electricity and heating consumption.

For some public institutions, however, this is a much greater challenge. Hospitals, schools, universities or government offices are places where such savings are more difficult to achieve. From a long-term perspective, solutions to achieve greater energy independence, such as heat pumps and photovoltaics, will certainly work. However, building administrators should also consider other improvements that can significantly reduce consumption, such as:

As Jérémy Laurens, CEO of Blulog, a company providing state-of-the-art temperature monitoring solutions, points out: – With the help of Blulog devices, installed in refrigerators, study and hospital rooms, and in fact in any other place where optimization is an important topic, the user can reduce energy consumption by up to 5-10%. Such a solution will help control the temperature so that it is at the right level according to needs. In addition, other parameters, such as humidity level or current intensity, can also be measured with the same device.

Providing effective education on responsible use of infrastructure for its users may also prove to be a partial solution for business owners and managers of institutions. Informing employees about basic ways to save energy and heating, such as turning off unnecessary lighting or reducing heating in unused rooms, may prove to be a pleasant partial remedy for high utility bills. 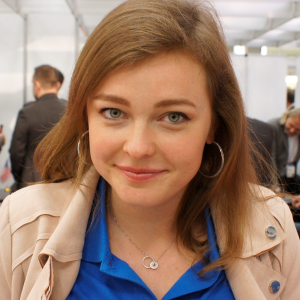 Worked for 3 different companies as sales manager, responsible for sales development in foreign markets. Ready to assist you in English, French, Spanish, Polish or German – whatever feels the most comfortable! Currently working as a Sales & Marketing Director at Blulog.
categories

What is the best way to ensure that the sensitive products in a sea transport are kept at the right environmental conditions?

Industrial AI: How Is Artificial Intelligence Revolutionizing the Manufacturing Industry?

How is AI being used in factories and why are we talking about a revolution in this context?

Christmas Madness – Can Ecologistics Help With It?

Is there a way to make logistics more “eco”? Preventing the generation of excessive amounts of waste? Keep reading to see more.

We would like to inform you that we will be sending you some instructions concerning the transition to the new BluConsole in the next few days.

Energy Conservation – No Longer a Choice, But a Necessity

With the start of the heating season, households, businesses and public institutions faced the daunting challenge of ever-increasing energy and heating costs.

Avoid These 5 Mistakes While Choosing Your New Monitoring Solution

Not sure which criteria to consider while selecting your solution? Grab this free report for time-saving insights helping you to make an educated decision!

The administrator of your personal data will be Jérémy Laurens, who runs a business under the name "Blulog Sp. z o.o.", Konarzewska 4 Street, 60-101 Poznań, Poland, Tax Identification Number: X. You can find details regarding data processing in the Privacy Policy. You will be able to withdraw your consent at any time.

While Choosing Your Monitoring Solution

Confused which monitoring solution to choose? Get this no-fluff report with valuable insights to save time & money!

The administrator of your personal data will be Jérémy Laurens, who runs a business under the name "Blulog Sp. z o.o.", Konarzewska 4 Street, 60-101 Poznań, Poland, Tax Identification Number: X. You can find details regarding data processing in the Privacy Policy. You will be able to withdraw your consent at any time.